Just Look at Yourself ! ( Sometimes it IS the Camera...)

Some of you may have noticed that I'm not quick on the uptake. Not only do I frequently have insights that everyone else discovered years or decades before, but I then publish my own slowness where the world can verify that, indeed, I am not the brightest crayon in the box. This is one of those epiphanies.

I have always hated the way I look in photographs. Not that I'm all that crazy about how I look in the mirror, but I'm genuinely shocked by how much I don't look like me in snapshots, as I see myself. I've always known that a mirror reflection is horizontally opposite from the way you are seen by others. (You did know that, right? Some people don't figure that out for a while.) So, for years, the way I got around the inevitable dismay was to duck having my photograph made. But since the onset of so much social media, and the irresistible lure of imposing my style opinions on the internet via blogging, I have been forced to face up to my own garden-variety dysmorphia, because I need decent pictures of my own mug. This has become a personal growth issue.

One of the easiest ways to avoid actually being in the family photograph is to be the one who takes the pictures. And to keep on being that person depends on the ability to take a decent shot. So, for that reason, and others too removed from my point here, I had to learn a little about photographing people, and that meant cameras and film (in the old days, now cameras and pixels.) And for that reason I really ought to understand why photographs can go horribly, terribly wrong. I always used a large format camera and a portrait lens (85mm), but the years passed and I forgot most of what I learned and began using a point-and-shoot digital, charmed by the ability to dink around with my photos without smelling like darkroom chemicals.

Dear readers, I know that at least a few of you have a similar aversion to your own image in photographs. And that there are a lot of how-to articles that will teach you how to make them look better, and they are very valuable. No doubt. Read them all. But many assume a 35mm SLR (single lens reflex camera) and ignore the fact that the distortion of the usual wide-angle lens (found on most point-and-shoot digitals) make you look strange to begin with. I should have known that. And I found a site that demonstrates focal length distortion with satisfying clarity.

With permission of the photographer, Stephen Eastwood, I present to you a dramatic example of why your pretty face sometimes looks a little ... odd. He uses SLR lenses here, and focal lengths for digital cameras are described numerically with a different system, but the general principle is the same. Check this out. 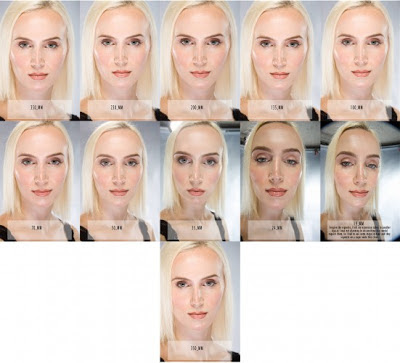 For a better, bigger look at these go here .
They are the same woman, but using lenses from 350mm to 19mm.
And for Mr. Eastwood's article, on a different use for these examples: here

See, it isn't just you. It's really the camera. Wide-angle lenses are NOT for faces, unless you really want to see how you'd look as an alien, or squeezed through the birth canal again, only this time as an adult in full makeup. I feel so much better now. The effect isn't usually this dramatic, but little distortions can make you look a lot different.

I found, by Googling around, most sources suggest that the way to avoid this with a point-and-shoot camera with an optical zoom lens, is to stand back, away from the subject, then zoom in. Mine, zoomed out just a little more than half-way, works out to an approximate 70-80 mm (about the same as a traditional SLR portrait lens,) which works just fine.

Additionally, place the person you are photographing in the middle of the frame. There's less distortion in the center than at the edges of a wide-angle lens. You'll have to crop your picture with a photo editor, but you'll look better. There's a lot of variety in digital cameras, with and without zoom, so see what features yours has if you use one.

If there are any experienced photographers who can give me any more tips on avoiding this distortion (or correcting any of the above if you find error or misunderstanding) I'd be most happy to hear it!

Here I am, ready for a change, for Visible Monday  at Patti's. More High-Low (Kirna Zabete for Target) and an odd little Bisou-Bisou tuxedo-ish, peplum-ish jacket. 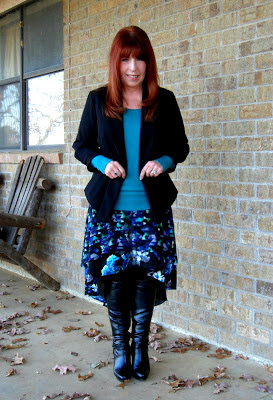 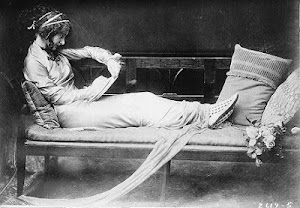 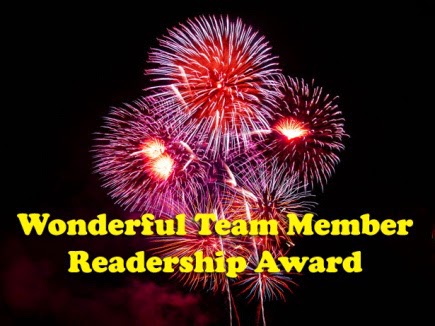